We landed in Houston, TX for a few days.  Top on Joel’s to-do list was a visit to the Houston Space Center.  Just 5 months ago we visited Kennedy Space Center in Florida, what a huge difference between these two!  At Kennedy the overwhelming feeling was that the space program was dead or dying since the shuttle program stopped – honestly, it was more than a bit depressing.  Not so at Houston, while they honored the past achievements, their focus was on the present (international space station) and the future (manned mission to Mars on Orion). 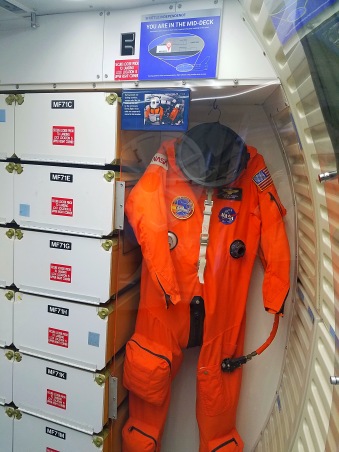 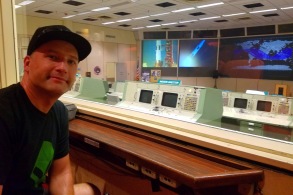 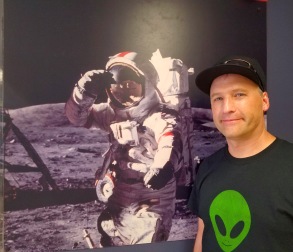 Orion is not expected to take off until 2023 at the earliest, but NASA in Houston is super excited about it.  It will take the astronauts 6 months of space travel just to reach Mars. Even radio communications will have a 40 minute delay between time sent and received.  Once they are on Mars they will live in an inflatable habitat, which seems a bit flimsy as living space goes. You would have to be an incredibly brave person to be willing to take that journey, definitely not on my bucket list!

One of the other fun things about Houston Space Center is that there are a lot of interactive exhibits. For example, the 747 and space shuttle are all completely accessible on both the exterior and interior.  I can now say that I have been in a real space shuttle! While we didn’t go into space, we did get to sit in Mission Control – the actual real Mission Control used to land the first man on the moon, Apollo 13 and most of the space shuttle flights.   What I found really fascinating is that the computers used to put a man on the moon in 1969 had less computing capacity than we have on our smart phones today.  Amazing!!!

Wandering With Us
Stella Goes to the PARKS

Tales and thoughts from a quiet soul and seeker of simple

Exploring North America in an Airstream